Asia’s largest freshwater lake is situated in the Baramulla district of the Kashmir Valley and is at a distance of 60 kms from Srinagar city. The lake is 19×10 Kms in extent and is spread over an area of 125 kilometers in an elliptical form. The lake is situated between Bandipora and Sopore. The bed of the lake is composed of soft mud and where the bed is shallow the surface is covered with Hydrophytes. 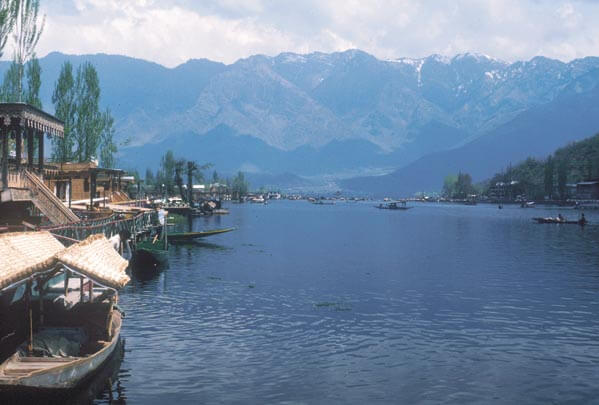 The river Jehlum enters the lake in the south and leaves it from the west. The Madhumati and Erin Nallas flow into deposits large quantities of sediments in it, which resulted in the shallowness of the lake on the southern side. The lake has a very regular outline, which is quite picturesque and pleasing. In the middle of the lake is situated a famous spring referred to as “Olar Nag” (Olar in Kashmiri means a hole from which water grushes out). Adjacent to Olar Naga is Padam Nag. Besides, there are many springs in the center of the lake, where water is pure and wavy.

A survey conducted by the Wetland International South Asia, States, that area of the lake in 1911 A. D. was 217 kms, which includes 58 kms of associated marshes. The lake has been reduced to 86.71 sq. kms. Overall there was a reduction in the lake area by 45 percent, mainly due to the conversion of agricultural land (28%), and plantation (17%).

The Wular is a lake simply because its bottom is lower than the bed of the river Jehlum. The water is clear and in the center of the lake its color is deep greenish. The Wular is surrounded by mountains and hills, the famous being the Baba Shakur din on its western side. The lake is subject to the action of sudden and furious hurricanes that sweep over it with such extraordinary violence that no boatman can face it. The inhabitants of the surrounding villages are generally fishermen, who catch and sell fish for their livelihood. The fish are said to retire to the Wular Lake, due to a decrease in the volume of water in rivers. 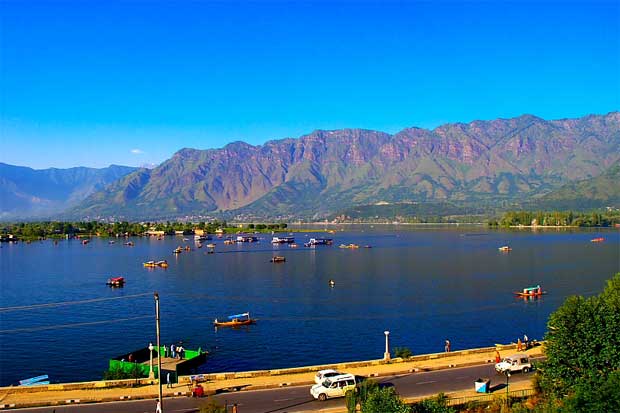 The Singhara or water nut is produced in such abundance on the lake as to contribute very considerably to the revenue. The cover of the Singhara fruit. The flour of the Singhara is very useful for various body ailments. The lotus and other water plants are in abundance in the lake. Waterfowl, swans, geese, and a species of seagull are common.

There are excellent mooring places in the Wular lake i.e. Ningal, Kiunus Bay, and Ajas Spur. The lake abounds in fish culture and the fishermen inhabiting the lake shores catch and sell fish for their livelihood. The lake with its associated wetlands is an important habitat for migratory waterbirds.

The sunset is worth seeing at Wular which creates a magical show by reflecting the magic of the surrounding hills. The average depth of the lake is 12 feet. The western area of the lake opposite the famous hill of it is 16 feet deep. The vicinal areas of Wular are never safe as they are prone to floods during heavy rains. The word “Wular” means cave.